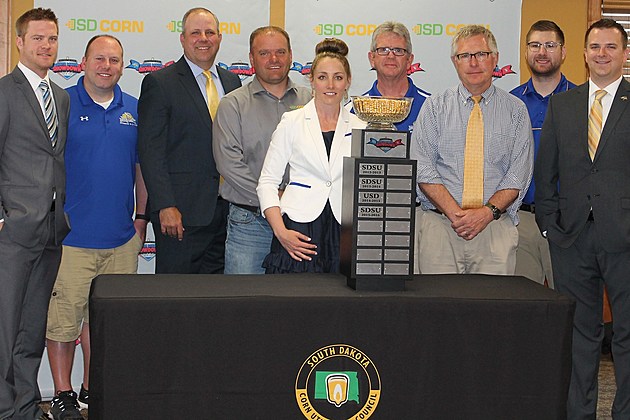 The Jackrabbits beat the University of South Dakota in the point-based athletic and academic competition, 16-11.

All season long both SDSU and USD have been able to showcase academic and athletic excellence with the help of the South Dakota Corn Utilization Council. As Division I institutions, we are proud to place a high value on sportsmanship and community service to meaningful organizations, such as Feeding South Dakota.

The Showdown Series is a point system in which each school can earn 24 points per year based on head-to-head competition and conference championships between SDSU and USD in a total of 17 men’s and women’s sports. Additionally, points were also awarded for student-athletes’ grade point averages and philanthropic efforts.